Doors open at 5:30pm and the action of the first game begins at 6pm.

$10 in advance or $12 at the door.
(Kids 10 and under free. Limit 2 per adult please.)
Advance tickets are available…
Online at:
rvrgjuly4.brownpapertickets.com
In Person at:
Monopolatte​ (640 Somerset West. Ottawa, ON) www.monopolatte.com
or Neon Skates​ (285 St. Patrick St. in the Byward Market) www.skateneon.com

Beer? Oh we got it. Delicious Clocktower brew is available for sale on the slab before, during and after both games. Bring your ID and camping chairs if you want to settle in comfortably in the Clocktower Beer Garden. (Sorry, alcohol is not permitted in the tiered seating.)

Game #1
Sirens
Formed in 2012, this all-star B team is features some of RVRG’s best veteran and newbie talent. The Sirens say they are are ready to strike any opponent that comes their way. This year the Sirens gained some momentum and have come together more as a team ready to take the track with ferocity. After an unexpected win in Kitchener over the Tri-City Plan B, the 2015 Sirens seem poised for some good wins. This season they are coached by Brennan and Restless Rose.

Feims of Wellington County
The Feims are the WFTDA Charter All-star A-team of Wellington Roller Derby, established in 2012. Recent wins against Kingston and the Eerie Roller Girl All-Stars mean that the Feims have some momentum that they’d like to carry on to this game. The Feims are ranked just 2 positions higher than the Sirens on Canadian flat-track stats so this should be a terrific match against the Sirens.

Game #2
Prime Sinisters
The Prime Sinisters know their way around a track. They had some impressive wins at this years Beast of the East and are eager for more games. In 2014, PS won the first ever RVRG Home Team Championship title, and now they are willing to do what it takes to come out on top once again. This year the team is coached by Brennan, and the Prime Sinisters take to the track like they own it.

Riot Squad
Riot Squad had a late start in the season, May 16th was their first game of 2015 and they showed that they were ready to play. Narrowly defeated by Slaughter Daughter, Riot Squad had been losing in the first half but came out and dominated the 2nd period. On June 13th, Riot Squad beat the Prime Sinisters by just one point, and now they are ready to show that they can do it again. Coached by Sister Disaster, the Riot Squad are indeed ready to RIOT. 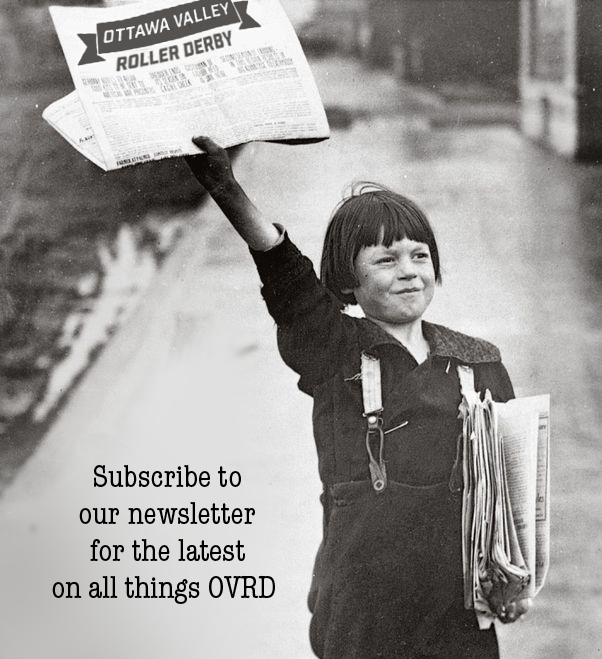